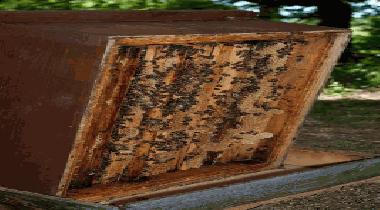 Royal jelly has been consumed for thousands of years. It is a thick substance that is secreted from the pharyngeal glands of a special group of young nurse bees between their 6th and 12th days of life. When honey and pollen are combined within the nurse bee, royal jelly is naturally created. This substance contains all of the B complex vitamins including a high concentration of pantothenic acid and pyridoxine, and is the only natural source of pure acetylcholine. It also contains minerals, enzymes, hormones, 18 amino acids, antibacterial and antibiotic components and vitamins A, C, D and E.

Royal jelly spoils easily so buy the highest quality, either chilled or frozen, and keep cool to ensure maximum freshness and potency.