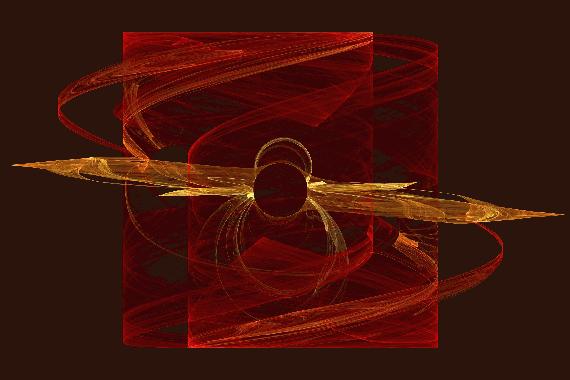 Cosmic radiation is electronically charged atoms known as ions that originate from outer space and from our own sun. We are all exposed to radiation in our everyday lives and cosmic radiation makes up approximately 17% of ground level radiation. The vast majority of people are not at high risk of any potential adverse effects of cosmic radiation because the dense atmosphere of the earth, relative to the low level of exposure, acts as a protective barrier. The sun is essential to us for a great number of things, warmth, light, photosynthesis and vitamin D production for example, but radiation from the sun can damage DNA, affect the growth of plants and contribute to the development of immune and metabolic related conditions.

Cosmic radiation is made up of particles that can permeate matter, displacing molecules, a process known as ionization. Ionizing radiation can damage cell DNA, (genetic material) by breaking down chemical bonds that change how cells divide, communicate or die. Free radicals are produced. At higher doses the biological function of cells can be damaged. The potential effects can be genetic damage to human egg and sperm cells, which may lead to complications in a developing foetus. Studies have suggested that aircrew may be at higher risk for cataracts and cosmic radiation may contribute to the development, over time, of certain cancers.

Altitude: The higher the altitude, the greater the amount of cosmic radiation exposure. This is because at higher altitudes the atmosphere of earth is less dense so the earth’s shield effect is weaker.

Duration: The longer we spend at higher altitudes, the larger the cosmic radiation dose.

Solar Cycles: When normal solar activity is high, cosmic radiation is low and the opposite is also true.

Solar Flares: These are large eruptions of charged particles from the sun that travel at high speed through space. The dose of cosmic radiation can be significantly increased if they hit the earth. The effects of solar flares and their effects on us will be the subject of a separate article.

Cosmonauts, pilots, cabin crew and frequent fliers who spend extended periods of time at high altitudes and consequently can be exposed to levels of radiation 100-300 times stronger that the levels measured at sea level. The FAA consider flying staff to be occupationally exposed to the effects of ionizing radiation. The increased number of flying hours accumulated, the greater the risk of radiation exposure, so crews that regularly fly over the Pole, from Alaska to Tokyo for example, would be exposed to larger doses compared to crews flying routes that are geographically closer to the equator. The effects will also be cumulative.

In 2010, the Moscow based Institute for Medical and Biological Problems, cooperating with the European and Chinese Space authorities, simulated a 250-day journey to Mars, a 30-day surface exploration and a 240 days return trip for 6 cosmonauts. The main aim of the Mars Project 500 experiment was to study the many physical and psychological health effects on the Mars 500 cosmonauts who were closely monitored throughout the mission. The preliminary results of all the tests performed are very positive and the research findings will serve to support future space crews and a planned mission to Mars.